Tonya GJ Prince brings a different spin to an old topic rape.  She has managed to bring it into today’s time and with magnificent strength. 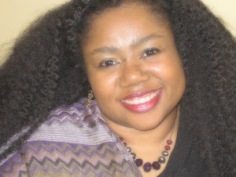 With over 22 years of service, Tonya GJ Prince is an expert in both domestic and sexual violence issues.

Her specific service emphasis has been dedicated to, crisis counseling, education, centering the voices of victims and cross-cultural empathy and understanding.

She has been recognized by women leaders in the community for her work as the founder of the not-for-profit charity Braid the Ladder.

Part two will follow in a couple of weeks.

The Truth About Rape & Distraction That No One is Talking About: Part 1

Read any comment section or social media platform on the topic of Nate Parker and his new film “The Birth of a Nation” and you will find the following phrases:

“I find it funny how just when…”

“How come none of this came out when….?”

“This is mighty inconvenient timing…..”

A Crime of Distraction

Whenever a major scandal comes out involving a well-known person the general public grapples with the revolting reality of rape.  One way that the public protects themselves from the inhumanity and grotesqueness, is to go into full-on group denial.

Many folks collectively decide that no matter what facts you put in front of them, the entire thing is a conspiracy meant to bring down a “rising star”.

I will never forget in early 2014 how Barbara Walters dismissed Dylan Farrow’s allegations of abuse against her friend Woody Allen because Woody Allen was “up for an Oscar”.

Yet, at no time, I do mean; no time, does anyone consider just how distracting rape is for the victims of the crime.

A Crime of Distinction

I have shared with my readers that in my early 20’s my home was robbed twice in a span of a few days.

Folks were so cool.

People knew to consider that I would have to replace what was stolen, repair damage, go through the process of feeling safe again, move to a new location.

It was as if everyone knew it was a huge inconvenience to my life.

What was also clear, is that I was the “good guy” in this situation and the robbers were the “bad guys”.

And everyone believed me. Imagine that.

No one saw anyone take anything.

I didn’t have witnesses, video, or anything.

Juxtapose this with rape.

Where is your video?

Where is your audio?

Where are your witnesses?

Well, how many witnesses? Just one?

Or did you just pick up the phone and call 911?

Why do rape apologists require that when something far more valuable was stolen from us? The audacity! You know #TeamRapeApologist will make you lose all of your good if you are not careful.

Who cheers for the villain against the victim? In public for all to see?

A Crime of Inconvenience….. FOR VICTIMS

Now, rape is a crime of inconvenience but for who?

So I started making a list of a few of the ways that rape is inconvenient for victims of rape. 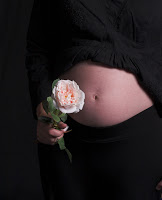 “Some women loved it. It was wonderful, great, groovy and joyful.  I really didn’t feel that way.  For me, I felt like a lot of other Survivors.

Your body is not your own. Again.  Just like when I was raped.

I just wanted to get the whole thing over with. Just like when I was raped”.-Tonya

We GottaAsk Pregnant Moms Who Are Survivors Better Questions

Being touched by a doctor isn’t fun for anyone.  But for victims, we would prefer never to be touched again, thanks.

Lately, I have had to have several talks with the men in my life about THAT (prostate exam)  you have when you approach 50.

All the guys I love and like “forget” to schedule all year, every year. But, imagine a male who has been raped at any point in his life.

Ladies? Since our teen years? That gyno exam?

Do you realize that some women don’t go to the gynecologist to get the exam because they can’t face the intrusiveness after their experience with rape?

They have insurance, but they also have unrelenting residue of pain brought on by someone else. Someone raped her. Now she must suffer the consequences for the rest of her life.

Sometimes, many years after a rape, it still hurts to be touched by any and all human emotions.

Former Miss America Marilyn Van Debur Atler began to suffer debilitating PTSD symptoms when her daughter turned the age that she was when her father began to sexually abuse her.

What a Difference a Voice Makes

But sometimes, WE can’t. 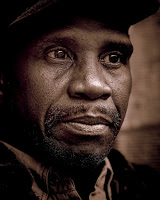 “None of my four wives understood why I couldn’t connect with them on a certain emotional level.  It was as if I was watching every one of them travel through the same frustrating cycle.

I walked around feeling like someone else.  I had this secret that I was going to take to the grave, but truly I felt like I was already dead inside. Truth was, I was a victim of rape.” -Steven

“I went into counseling eight years ago because there was a world leader who looked just like one of the people who raped me.  He was on the cover of magazines, newspapers, online, on the news- I couldn’t get away from this man.

It was driving me crazy!

I began remembering things about the rapes from my childhood that I thought I was done with.  It was as if songs were playing over and over in my head that wouldn’t stop.

Rape is a distraction for victims of the crime.

So, victims and Survivors of the crime of rape, when has rape been a distraction in your life?  As always, I encourage you to break the silence and share your experiences where you are comfortable.

This is the conversation that WE need to have.