The Truth About Rape & Distraction That No One is Talking About: Part 2

The Truth About Rape & Distraction That No One is Talking About: Part 1 So to continue, …

How Perseverance Can Take You Directly to Your Passion and Purpose

The Truth About Rape & Distraction That No One is Talking About: Part 1

So to continue, when we talk about rape the conversation always turns to

……how distracting and problematic it is for the rapist.

A large swath of our population takes to social media, and any available microphone to go on and on about ……the burden the rapist must bear.

…how hard it is for he/she to wear the Scarlett letter “R”.

Well, try being a victim/Survivor

“Try having a panic attack in the middle of a city street while you are alone with your toddler.  Who is going to take care of him?  Will someone choose that moment to kidnap him?  It happened to me.”-Tonya

9. When WE see someone make the same facial expression as the person(s) who raped us.

10.  When someone says your name the same way that the rapist(s) did.

“One of the persons who raped me when I was a child always said my name in a certain way just before it was “time”.  It was my signal.

To this day, if someone says my name that way I can get negative physical reactions.  Of course, I don’t want this to happen. It just does.” -Tonya

11.  When WE hear someone speak in the same language/accent/dialect that the rapist(s) used.

“One of the persons that raped me as a child was from the middle east. Whenever I hear someone speak English with a certain middle eastern accent, I have to stop.  I have to do what is called ‘grounding’.

I have to go through a process of reminding myself that I am in the present moment and not a small child in the grips of a rapist.” -Tonya

12.  When the trauma of being raped causes physical disability to such a degree that WE can no longer work.

50% of all sexual violence victims had to quit or leave their jobs because the symptoms (yes folks, rape has symptoms) were too severe for them to work.

13.  When a song comes on that reminds us of the rape.

14.  When we smell something that reminds us of the rape.

When someone smokes a cigar. Hardly anyone does anymore but they did back then. That sends me back to that day. – Tia

15.  When the anniversary of the day(s) that you were raped comes back around. Every single year.

Often this is subconscious.  Victims/Survivors may experience nightmares, flashbacks, mood swings, headaches, etc. without understanding why.

Via journaling, talking with friends or a professional, they begin to figure out that the same thing happens each time around the same time each year.

Often it just so happens that that is the ‘anniversary’ date of the rape, the time they met the rapist, the trial, the day that they told people or some other related traumatic event.

Most people are raped by someone that they know.  Holiday gatherings can mean an encounter with the person(s) who raped them. Just thinking about this can cause anxiety, panic attacks, sadness, and depression.

Of course, it can also mean revisiting unresolved tension and issues between family and friends. For many victims, this goes on holiday after holiday.

17.  When WE hear someone use the same phrase that the rapist(s) commonly used.

19.  When our children go to college. Terrifying.

20.  When WE miss the signs of sexual abuse in our own children.

Some people do exactly what society expects them to do. They “get over it”. They don’t acknowledge their pain out of fear of being called out for “playing victim”. They don’t take the time to heal. They take great pride in getting through the best way that they can.

When these folks have children of their own they are not accustomed to listening to their own inner voices or intuition.  Why would they want to do that? Painful memories reside nearby to those inner voices.

21.  When WE experience depression. It can complicate our healing.

While sometimes rape is the source of a depressive episode, it isn’t always. Job loss, divorce, pregnancy, a health crisis, or just about any life stressor can bring on depression.

However, victims often find that past trauma of abuse and/or rape sometimes further complicates their healing.

So, Trey gets help for depression and recovers within 6-9 months.  But Andre gets help and it may take him longer to begin to recover. Why?

The issues of once again feeling powerless, alone, and afraid; the way that he did in the aftermath of the rape that he experienced, has complicated his healing process.

22. When WE experience other forms of abuse, oppression, prejudice and/or discrimination.

Being put in a position where power is taken away from us once again can trigger deep feelings of pain, anger, and frustration.

23. When family and friends offer their opinions on sexual abuse.

WE lose friends, close bonds, change houses of faith, stop going at all, and become extremely disappointed when we find out just how many people are instant rape apologists with no empathy or compassion for victims.

24. Whether you know it or not, it is a distraction for us all.

According to the National Institute of Justice, rape costs our country more than any other crime, 450 Billion annually. It is the most costly of all crimes.

Endsexualviolence.org: Costs, Consequences, and Solutions
The Facts on the Workplace and Sexual Violence

Well, Rape Apologists, you are more than just entitled to your opinion.  You are paying for it too.

WE all are, some a lot more than others, though.

When is rape a distraction for victims? 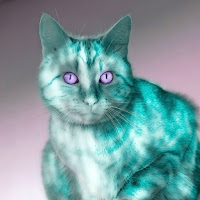 Oh. That would be always.

From the second we are targeted and often until we take our very last breath.

Introducing Darlene Janice Harris "I do not want Christ's death to be found vain in me. Therefore, each step I take must count and be purposefully forged for someone's growth toward God's desire and His glory." Experience: Ministry Development, Public Speaking, Workshop Creation.
Loading Comments...
%d bloggers like this: