The pursuit was on. Equality of the contestants was not the issue. Their goals were not the same. The stalker had in mind to catch her prey, who wanted only to escape. Survival was the issue here. The prey would do what it had to to survive.

This scene had exploded far beyond stalking. The issue of route had been forced by the door locks. The little one could not reach them well enough to ensure the predator would not close its grasp on her shirt or hair before she could make it through the locks and dart through the door. Her pink hands were small and clumsy, so she focused herself on staying ahead of the predator.

The faster she put together what she had to do, the more hope she had of getting away, but she never got away. In the space of a breath all was decided. The prey moved her legs as quickly as they could go, taking the first step in the direction she liked was good; it helped her to think this was her game; her idea. It kept her from screaming.

She flung her body into the swinging door with all the force she could muster. She mewled her pain as her off-stride knee met the sharp corner of the lower panel. The next door hit squarely and missed her knee. Tears made it hard to see the flowered throw cover on the couch as she sped by it. In the foyer, the tears spilled over just in time to clear her vision enough to see that the predator had doubled-back on her. A shrill scream ripped out of her mouth as she slid and turned at the same time. It was a mistake that scream. It took from her much-needed air. She sobbed through her next inhale, shortchanging her lungs again.

She fell into the stairway leading to the third floor. Half crawling, her hands and feet sometimes missed the stairs sending her knees crashing into the edges. Fear had numbed her. Each one of the 11 stairs came more slowly than the next. Her lungs were not able to collect enough oxygen, and her heart pounded as it tried to pump the blood through faster to collect more fuel to burn. Her head was spinning. Not much longer now.

At the top of the stairs, she made her usual choice. The hallway moved by her in slow motion. She could see the bed in her brother’s room. Her room had no window, and she feared the darkness lurking under her bed. She dove under her brother’s bed, her breathing coming in ragged gasps. The predator entered the room.

I looked up at the springs. The coils swirled up from a small circle close to my face and got bigger as they spiraled up towards the mattress over my body. Metal pieces bound the coils together. If she drops it on me and cuts me up, she’ll never be able to put me back together. The old spring had been much better. It was just a rack; it had squares cut into triangles and would’ve left the pieces of my body bigger.

“Now…” Her teeth were grinding.

I looked at the spring and then at the afternoon light playing with shadows on the floor around my mother’s black penny loafers; stark- white bobby-socks draped neatly over her ankles. It didn’t matter. I had been too afraid to face even the rack cutting me into pieces.

Sobbing, I crawled into the light and my mother’s reach.

Permission to reprint: You have my permission to reprint my articles, “The Pursuit” “My Story of Abuse” and “Mental-Health Awareness” for use by your project, “And He Restoreth My Soul Project October Domestic Violence Project.”.  I wave any reprint fee.  I will retain full ownership of the content. 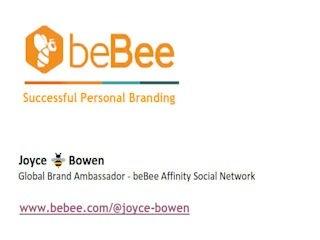 About the Author: Joyce Bowen is a freelance writer and public speaker. Inquiries can be made at crwriter@comcast.net

11 thoughts on “The Pursuit; Child Abuse” Leave a comment ›