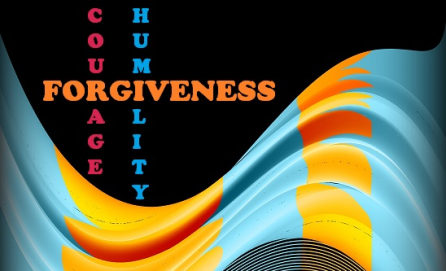 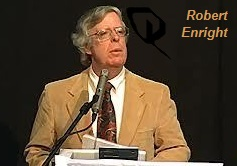 Dr. Robert Enright is the unquestioned pioneer in the scientific study of forgiveness. He has been called “the forgiveness trailblazer” by Time magazine and is often introduced as “the father of forgiveness research” because of his 25-year academic commitment to researching and implementing forgiveness programs.

Dr. Enright is the author or editor of seven books, and over 100 publications centered on social development and the psychology of forgiveness. He published the first social scientific journal article on person-to-person forgiveness and the first cross-cultural studies of interpersonal forgiveness. He also pioneered forgiveness therapy and developed an early intervention to promote forgiveness–the 20-step “Process Model of Forgiving.” The Enright Forgiveness Inventory, now used by researchers around the world, is an objective measure of the degree to which one person forgives another who has hurt him or her deeply and unfairly.

He currently has elementary and/or high school forgiveness education programs operating in Northern Ireland, Greece, Liberia, Singapore, Ghana, Lebanon, the Philippines, Slovakia, Italy, Colombia, Canada, and in Wisconsin as well as other states around the U.S.

Forgiveness is full of paradoxes.  Consider three examples of these paradoxes:

1) As one is kind to those who are not kind to the person, then the forgiver experiences emotional relief;

2) Rather than seeking justice as part of forgiveness, the person exercises the virtue of mercy and this can be part of the healing process between two people;

3) When emotionally hurting from the injustice the focus is not on the self, but on the other and this promotes healing in the forgiver. 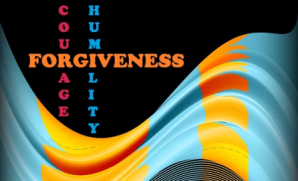 Another paradox is that as forgiveness fosters humility, the lowliness of humility fosters the strength of courage.  As one forgives, one begins practice humility which means lowering oneself from a potential power position to see the self and the other as at least somewhat similar in these: We are both imperfect; we both have hurt others; we are both human and therefore each of us possesses inherent worth.  The humility can help one stand firm in courage to persevere in the forgiveness process with all of its paradoxes. After all, if the forgiver sees the inherent worth in both, then there is motivation to acknowledge this worth and see the process of forgiveness through to the end, which requires courage.  Courage is not the absence of fear, but moving forward even in fear.

Humility and courage each can be misunderstood.  There are two extremes to both humility and courage.  The first extreme for humility is to have a very lowly—too lowly—view of the self so that people think they deserve to be humiliated, even constantly humiliated.  The other extreme of humility is, in trying to see one’s own bounds or limitations, to distort these at too high a level. The quest for humility, in this second case of extremes, leads to a distortion toward one’s own greatness, one’s own specialness above others. 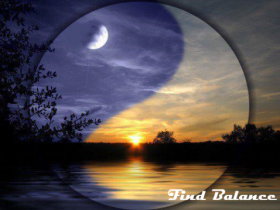 Humility requires a middle-ground between self-deprecation and self-inflation to a more realistic view of one’s own (and others’) strengths and weaknesses.

Courage requires a middle-ground between being frozen in fear and being reckless. As one forgives, the person needs to balance both humility and courage.  Genuine humility (without the extremes discussed above) helps the forgiver to see the shared humanity with the forgiven. Genuine courage (without those extremes) helps the forgiver to persevere in the struggle to forgive and to bring justice as its own moral virtue into the process of reconciliation.

Humility, courage, and forgiveness are a team that, together, can lead to inner healing and the offer of reconciliation toward those who have behaved unjustly.

Introducing Darlene Janice Harris "I do not want Christ's death to be found vain in me. Therefore, each step I take must count and be purposefully forged for someone's growth toward God's desire and His glory." Experience: Ministry Development, Public Speaking, Workshop Creation.
Loading Comments...
%d bloggers like this: